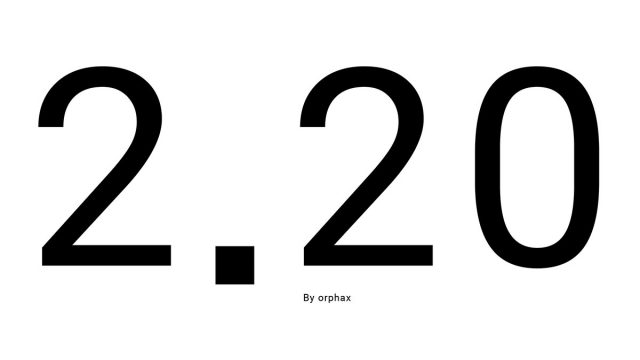 With this album I further explore the various possibilities of drone music.
For this work, inspired by the work Vice Versa… by Eliane Radigue, I recorded two works using almost the same settings in the virtual modular software Audiomulch, except for changing one small setting. The recorded source material was than used as building blocks in reaper to create two compositions of exactly 20 minutes.
These two compositions can be played separate from each other, but the idea is also the create your own mixes with this. This can be playing the compositions at the exact same time, but also in any other way you seem them fit to mix.

For this purpose the album comes with download code containing the two compositions and one bonus track which is already one mix (created with the help of Jos Smolders) which you could also make yourself.

All music was recorded between June 7th and July 17th, 2016 with AudioMulch and Reaper.

2.20 is released on CD and download by Moving Furniture Records and available in their shop or mine: https://movingfurniturerecords.bandcamp.com/album/220