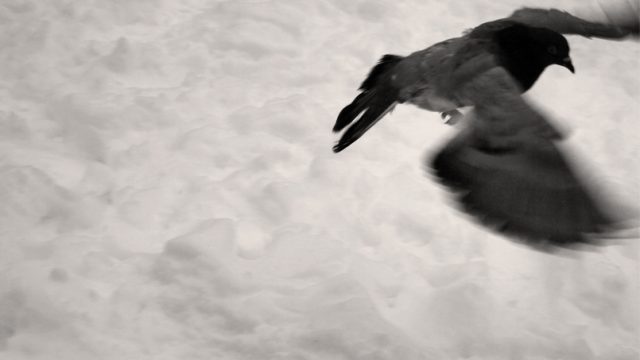 Die Helden Sind Nicht mehr is the 6th cd-r release by Orphax. This is the first of releases that will come in 2011 (including both new and old material).

The title “Die Helden Sind Nicht Mehr”, is a quote taken from the motion picture Himmel Über Berlin, one of my favorite films.
In the music this reference also comes back in with several different samples from the film that are used.
The piece on Die Helden Sind Nicht Mehr is a recording done in Theater Kikker on February 15th, 2005. This goes way back, though sounds still fresh. All recordings have been edited in November 2010 after which then got mastered by Jos Smolders.
With “Die Helden Sind Nicht Mehr” Orphax experiments with elements he usually does not use in his work, like rhythms and (hidden) melodies instead of drones.

The 3″ CD-R is limited to 55 copies and comes in small sized DVD Box.

You can now order it through bandcamp as 3″ CD-R for 7 euro (excl. shipping) and get a direct download with it, or buy only the digital version in your preferred format.
Check here: http://orphax.bandcamp.com/album/die-helden-sind-nicht-mehr