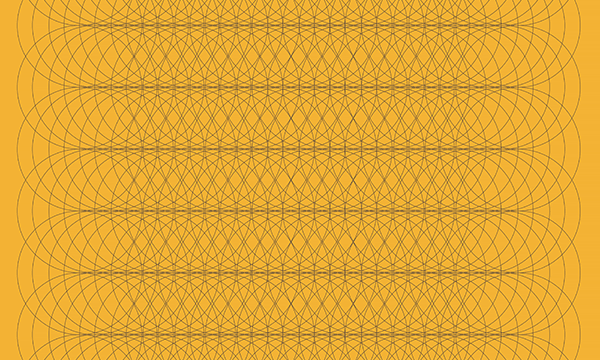 My new album Live Circles is out now on Moving Furniture Records. You can order your own copy in my webshop here: https://orphax.bandcamp.com/album/live-circles

Circles is a work, or composition, that I have been performing live for a few years now in various instances. I consider this work as a growing composition which with every performance grows in a new direction. There is no beginning and no end, and as such it can continue changing over the years.
This connects with Time as an important factor in my work. I consider time to be fluid. While we might know time as a rigid form with days and seasons, this is only a convenience for daily use. This doesn’t explain how people experience time, which is different for everyone.
With Circles, I create a sound environment in which the listener loses the sense of time and space. During performances the audience is often not aware how long I have been performing, and explain that they have been away for a while lost in their thoughts; or as I would call this myself, they “entered the zone”.

I started working on this composition after attending a live performance of music by La Monte Young which inspired me so much, and where I had this same experience of losing sense of time and space. Not that the work sounds anything like La Monte Young’s work, but it did help me refocus again on my own work. Aside from this there is, as in most of my work, a big influence by Eliane Radigue whose work I still consider to be at the top of drone and minimalist work. She remains an inspirational musician and composer.

The version of Circles you hear in this album is recorded with the ARP Odyssey, MFOS WSG/01 synthesizer and the AudioMulch Circles patch. Both performances were with the same setup, though imbued with totally different emotions.
In London I was very relaxed, while in Birmingham things were rougher. This contrast probably has to do with the different settings as I arrived the venue at those days. In London there was a positive vibe with a lot of protesters against Brexit walking around with signs and leaflets. There was a strong vibration throughout the city, and you could feel it throughout the whole day.
However, while in Birmingham on my way to the venue I ended up in the middle of a street fight. Imagine my emotions at walking around with my equipment and suddenly, all these young kids starting to throw stones and sticks at each other right where I am heading…
In the mix I combined these two different settings so as to capture throughout the whole album both of these emotions. Though, still even with the roughness, the result is a captivating one which draws the listener in and recreates the same zone as people experienced during the live performances.

Find yourself a comfortable place and have a nice trip.