My CD Times Waves is was released by Moving Furniture Records on February 20th. I did put it up on sales on Bandcamp but forgot to post about it here. 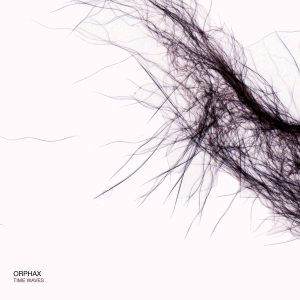 On December 8th I performed at the famous Bimhuis in Amsterdam in a special evening organised by STEIM where I shared the stage with Yannick Franck and Thomas Köner. My performance got recorded and this was the starting point for Time Waves. In addition I did a live recording at home which I mixed and edited into one piece with the first recording. The result is the work on Time Waves.

The inspiration for this work goes back to my time as geology student where I learned a lot about the various eon’s, eras and period’s, epoch’s, ages and what’s more used to describe time on the geologic scale. While at one side it was always different on the other somethings never changed. The music you hear on this album is an exploration for the natural flow of sound. As if sound is like the geologic time it slowly floats on with layers coming and going without revealing what is next in a randomly fashion. The transgressions, the waves, billowing over each other, on a tranquil pace. Only the occasional unexpected change seems to break the slow transitions.

Though, if geologic time is too abstract for you, you can also just think of cat hair, just like you see in the pictures in this artwork.

You can stream and buy the release on bandcamp here: https://orphax.bandcamp.com/album/time-waves